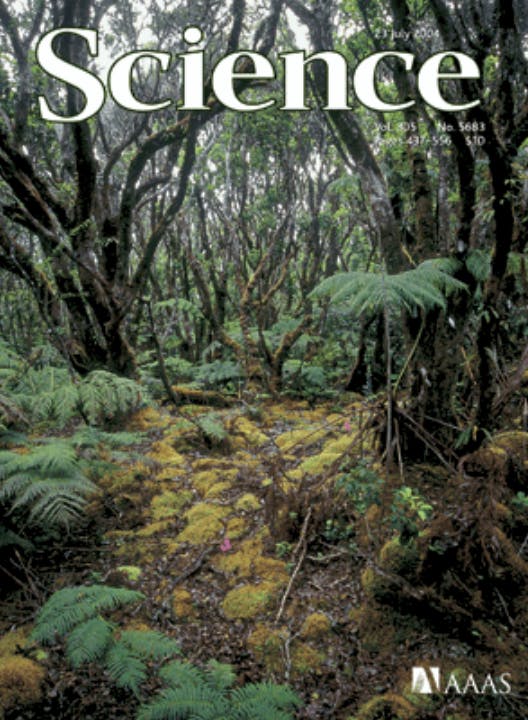 During succession, ecosystem development occurs; but in the long-term absence of catastrophic disturbance, a decline phase eventually follows. We studied six long-term chronosequences, in Australia, Sweden, Alaska, Hawaii, and New Zealand; for each, the decline phase was associated with a reduction in tree basal area and an increase in the substrate nitrogen–to-phosphorus ratio, indicating increasing phosphorus limitation over time. These changes were often associated with reductions in litter decomposition rates, phosphorus release from litter, and biomass and activity of decomposer microbes. Our findings suggest that the maximal biomass phase reached during succession cannot be maintained in the long-term absence of major disturbance, and that similar patterns of decline occur in forested ecosystems spanning the tropical, temperate, and boreal zones.