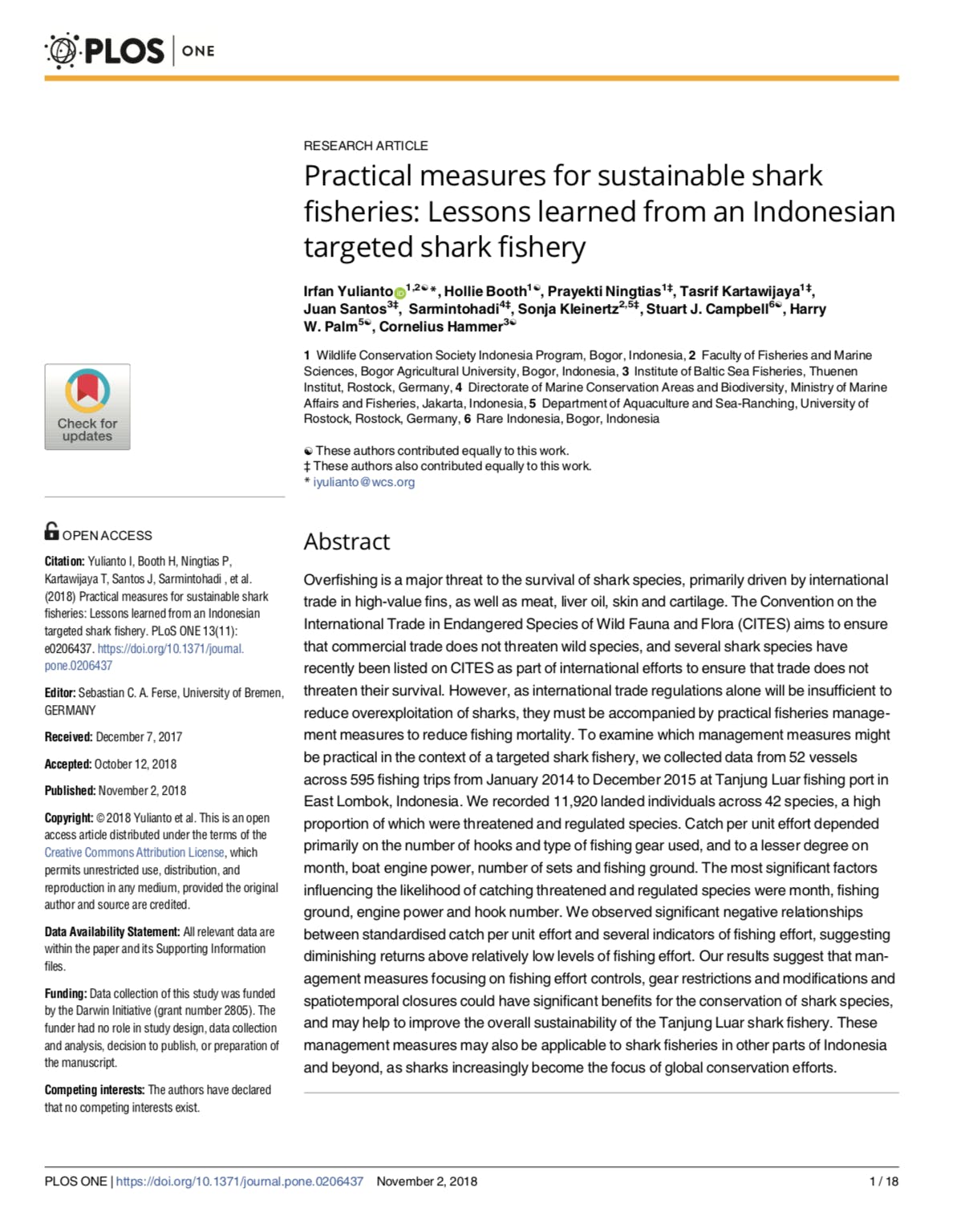 Overfishing is a major threat to the survival of shark species, primarily driven by international trade in high-value fins, as well as meat, liver oil, skin and cartilage. The Convention on the International Trade in Endangered Species of Wild Fauna and Flora (CITES) aims to ensure that commercial trade does not threaten wild species, and several shark species have recently been listed on CITES as part of international efforts to ensure that trade does not threaten their survival. However, as international trade regulations alone will be insufficient to reduce overexploitation of sharks, they must be accompanied by practical fisheries management measures to reduce fishing mortality. To examine which management measures might be practical in the context of a targeted shark fishery, we collected data from 52 vessels across 595 fishing trips from January 2014 to December 2015 at Tanjung Luar fishing port in East Lombok, Indonesia. We recorded 11,920 landed individuals across 42 species, a high proportion of which were threatened and regulated species. Catch per unit effort depended primarily on the number of hooks and type of fishing gear used, and to a lesser degree on month, boat engine power, number of sets and fishing ground. The most significant factors influencing the likelihood of catching threatened and regulated species were month, fishing ground, engine power and hook number. We observed significant negative relationships between standardised catch per unit effort and several indicators of fishing effort, suggesting diminishing returns above relatively low levels of fishing effort. Our results suggest that management measures focusing on fishing effort controls, gear restrictions and modifications and spatiotemporal closures could have significant benefits for the conservation of shark species, and may help to improve the overall sustainability of the Tanjung Luar shark fishery. These management measures may also be applicable to shark fisheries in other parts of Indonesia and beyond, as sharks increasingly become the focus of global conservation efforts.